I bought a Playstation Vita in 2016, 4 years after the initial release. Here are my first impressions

I love gaming, I own over 300 games on Steam, I buy virtual items for my game characters, and I gift games to friends. I support game creators, and I embrace the modern game marketplace that includes digital downloads, DLCs and items.

I like to bring a handheld gaming device with me on flights and longer travel when the Kindle becomes too boring. I have previously owned a Nintendo DS (NDS) and I still bring a Playstation Portable (PSP) with me occasionally.

One of the benefits of picking up a 4 year old console should be that bugs have been fixed and there is a wider selection of games, right? 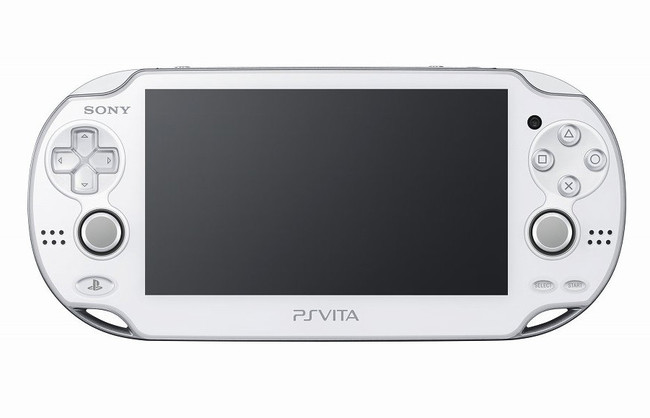 One of my absolute favourite games on the computer is Risk of Rain, a fantastic pixel platformer where you can play lots of different kinds of characters. You need to complete the levels as fast as possible because the difficulty of the game is determined by the game time. The game offers tons of different items and characters to unlock, and each game is always different from the last. It also features a wonderful soundtrack from Chris Christodoulou.

The handheld release of the game on the Vita has been teased for years, and I had promised myself that I would get a Vita console if the game was ever released. 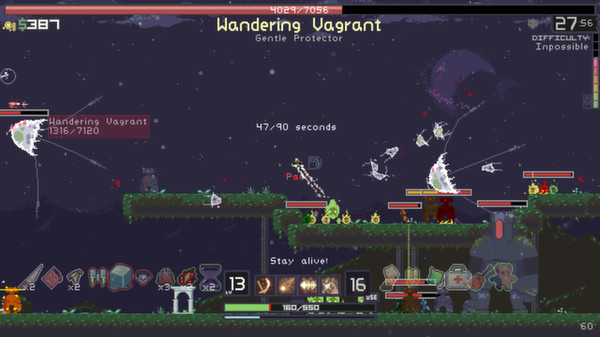 Since I’d made a promise to myself I had to put my money where my mouth is. So I started investigating my options.

In 2014 Sony “upgraded” the Vita; they made it a bit slimmer and replaced the original version’s OLED-screen with an LCD-screen. In comparison, however, the OLED-screen looks sharper and more vibrant, so that’s the one I went for.

This ruled out buying a new Vita, since all that I could find in stock was the new version with an LCD-screen.

So I managed to find a Vita (OLED-screen version) for about 100 GBP, it was unused and it still had the protective plastic on the screen.

Like Steam, you can digitally download games from the Vita store, and install them directly onto your device. The only limit is the size of your wallet, and the amount of storage left on your memory card.

Instead of using plain old cheap SD-cards, Sony decided to use their own proprietary memory cards specifically built for the Vita; these are insanely expensive. 64 GB puts you back ~60 GBP, and 32 GB goes for ~45 GBP.

Although, I managed to find a 64 GB memory card for about 50 GBP.

After deciding which device to get, how much storage I would need, and buying a device, it was now time to find some games.

You can buy physical copies of games, but you will probably need to buy second-hand since most shops no longer stock Vita games.

So I went online, added 10 GBP to my account, and went on to find some games. Buying games is done by using an application called “PS Store”; just open it and start browsing.

I stumbled upon a sale, “Save up to 60% on PS Vita Games”, lovely! I browsed through some of the games and saw Terraria for 3.99 GBP; I have long wanted to play the game, but haven’t previously had the time, so I bought it. 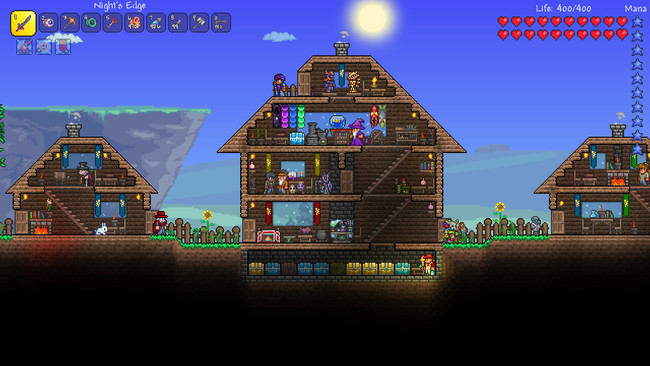 Next, I wanted to buy Risk of Rain which costs 7.39 GBP. As I only had 6.01 GBP left on my account due to my prior purchase, I had to put in more money.

Adding money to your wallet #

Adding more money should be a simple task since I had already saved my credit-card from my first transaction.

I tried adding more money to my account but was met with cryptic errors that said my card didn’t work and to try again tomorrow.

On the device itself you are unable to use Paypal. If you go to the website, you are able to use it, but that also failed with strange sounding error messages.

This seems to be a known issue. People have different solutions; some include writing your billing address with all caps (didn’t work!), or deleting the card and adding it again (didn’t work either!).

The solution that eventually happened to work for me was to go on Amazon.co.uk and buy a digital code, and then redeem it on the device. Talk about making it hard to spend your money.

Browsing games on the store is a disaster. Most games don’t seem to have videos, screenshots, or even images.
So, in order to learn about the game you are about to buy you need to go on your favourite search engine and hope that some poor soul has already gone through the horrendous ordering process and reviewed the game for you.

How many game versions can there be? #

Some of the games have multiple versions, and they aren’t described in detail at all. Apparently Minecraft has a free version, and a paid version, but the description doesn’t tell me difference, or why I should want to upgrade: 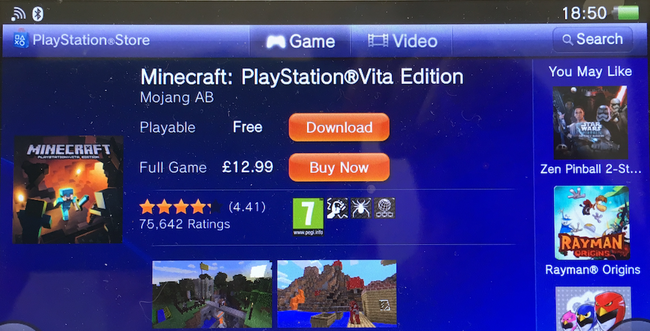 Another example is Need for Speed. What are the differences, why are both of them called “Full Game” and why are there two different prices? 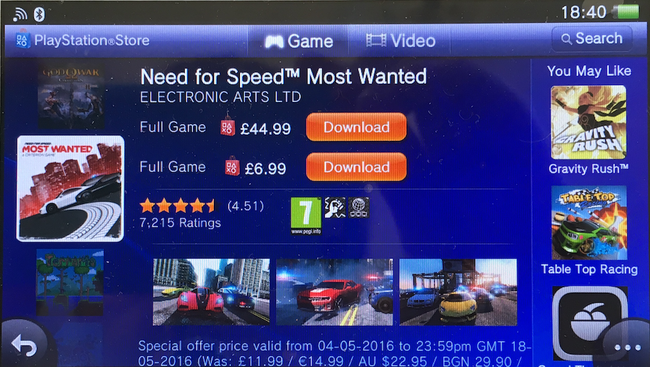 Playing on the device #

The actual playing on the device is perfect!

The screen is nice and crisp. I was worried about the touchscreen, but using it is absolute bliss.

The buttons feel nice and responsive, and the build quality of the device is generally good.

I even managed to complete Risk of Rain in my first run: 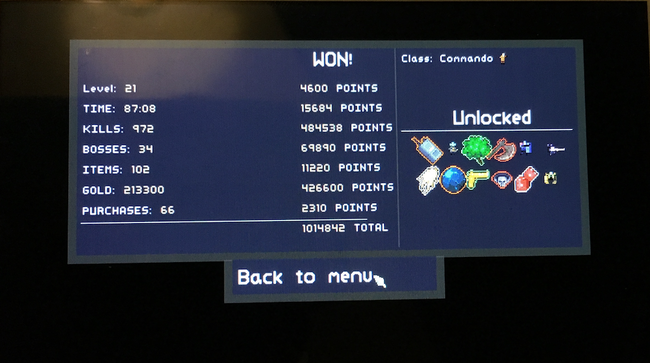 I am sad that the Vita never really gained more popularity. The added competition from the Nintendo 3DS and mobile phones makes it hard to gain traction.

Sony is now considering the Vita a legacy platform outside of Japan. It is sad to see it’s demise, especially since the issues I faced are so easy to spot and look very simple to fix.

With that being said, Sony has also been working with the indie studios, which means that you are able to pick up games like Terraria, Super Meat Boy and FEZ in the Vita store.

The selection of games for the Vita starts to look very interesting when you consider that the game library not only includes native Vita games but also games from the PSX/PS1 and the PSP.

If you are looking for a dedicated handheld gaming device, I would certainly recommend the Vita, particularly if you can find a used one with a 32 GB or 64 GB memory card.

What we want to achieve # We want to be able to connect to services inside a private network using client certificates, in this example we will be connecting to Redis. Install or compile Haproxy # I am using Debian, so this is what I use... Continue →